A webcam and Kinect is used for the vision system. The combined visual and depth information allows the objects to be identified and the correct grasping points identified.

The  objects are identified and the images segmented, after which the object can then be classified using a decision tree structure.  Once the object has been identified the correct grasping strategy can be applied and the optimum grasping points identified.  A summary of the algorithm developed is given below, specific details of each part are given later in this section: 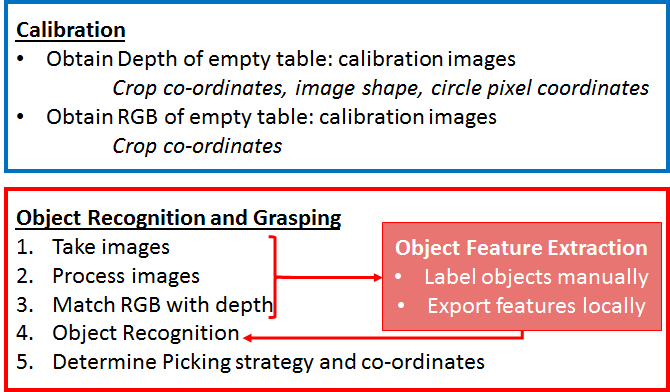 The below figures shows the segment depth profile, the RGB vision shows the object identified, and bounding box applied and the grasping points determined.   Here the banana which is gripped using a grasping mechanism is shown: 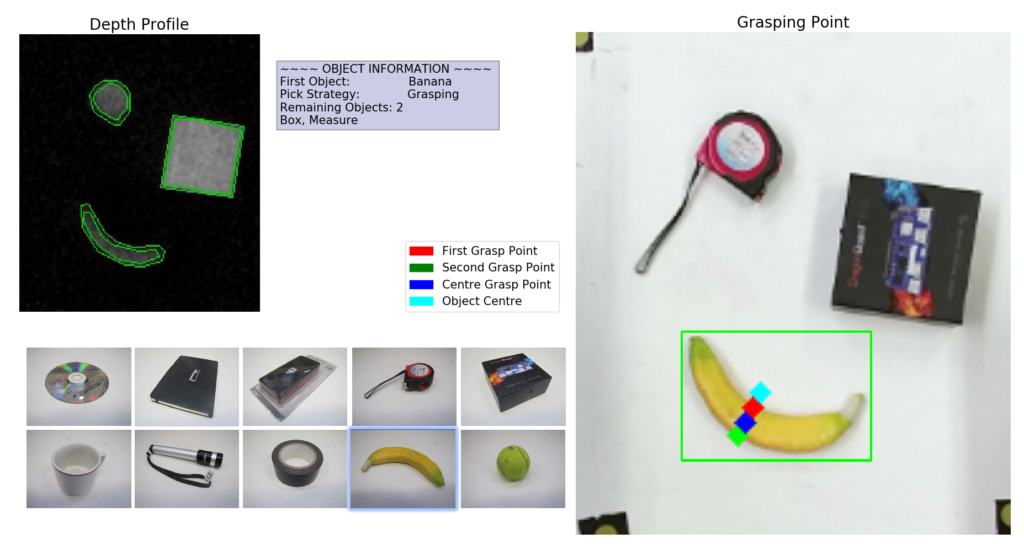 A depth and RGB image for the eraser, where suction is used. this shows the object centre has been choose as the suction point. 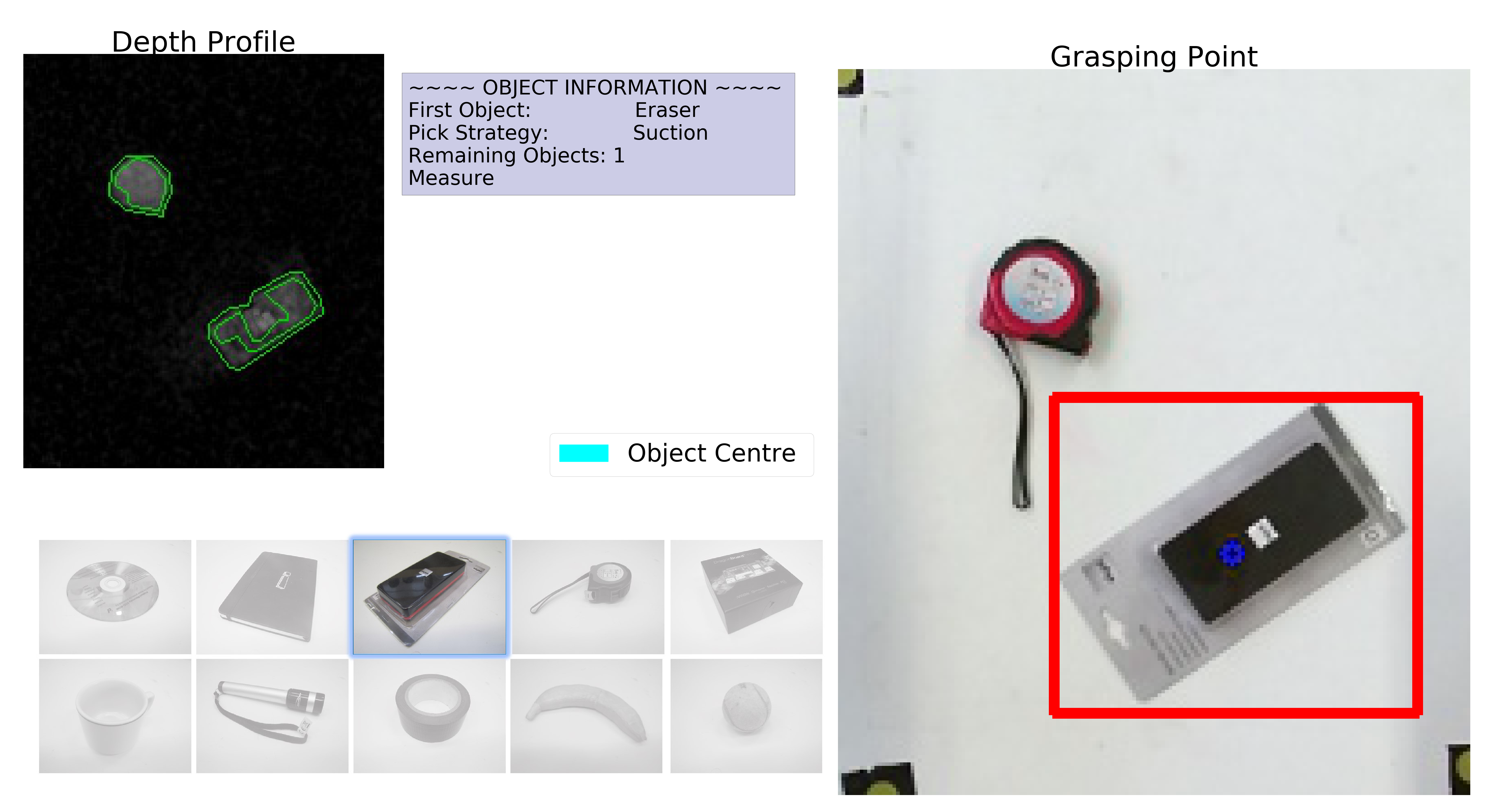 The specific details of the Object identification algorithmn summarised above are now given: